Two of the Best Viewpoints of Qingdao 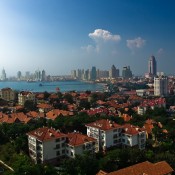 Qingdao is a city with several viewpoints along its coast, but here I share with you some pictures of my two favorite viewpoint spots where you can take a glance to Qingdao’s beaches, hills, buildings and more. 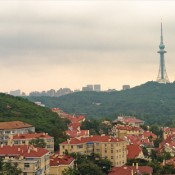 Qingdao is a city with several viewpoints along its beaches. The Qingdao TV Tower is one of the most prominent. Here are some pictures I took when I visited this tower. Enjoy! 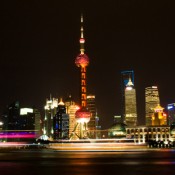 Short Visit to a Buddhist Temple in Qingdao, China 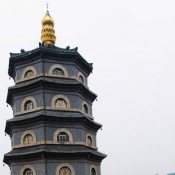 Here is my visit to a Buddhist temple in Qingdao, China. It is the Zhanshan Temple located in the east side of the Qingdao Zhongshan Park, in the Shinan District. There were several people, but I didn’t see any Westerner. I also believe I was the only one with a camera (except for the ones built-in in cellphones), thus I first hesitated to take pictures. I didn’t know if I could take pictures or not. So I first took one here and there and gradually increasing my number of shots. People seemed very focused on what they were doing.