When I lived in Utah, someone gave me two tickets for a rodeo show in Salt Lake City. I had never been to one and I thought, why not? Let’s see cowboys riding horses and bulls. Let’s watch the young cattle run before being caught by more cowboys. Let’s try something new and enjoy life.

So I thought of inviting a girl to come with me; however, there was a little problem, the show was that evening about an hour away from my place and I didn’t have a car. I had to invite someone “bus friendly” who lived near my house, or at least near the area the show would take place, and who may enjoy watching a rodeo show. I didn’t have many options.

A few weeks before getting those tickets, I had met Tamara. She was an easy going girl and a bus rider. I decided to ask her out. I took the phone and called her, but she didn’t answer, so I left a message on her phone inviting her to the rodeo show and call me back to make arrangements.

Time passed and I was not getting a call back. I didn’t want to miss the show (Add some tick tick tick sound effect here to get more suspense). I was in the living room with the family I lived in when I told them about the rodeo and my waiting situation. They suggested I invite Sarah, the girl in the next house. They said she would like that. My heart smiled and got encouraged. Sarah was a girl I found interesting. So I picked up the phone and called her to see if she would like to go to the rodeo show with me. She sounded very excited about it and, not just that, she would also drive. I too was excited, not so much for the show, but for going out with her. We set a time to meet and ended the call. Those who were in the living room were smiling.

Before the Rodeo Show

I ran through the stairs to my room and got ready and put some of the cologne that I wouldn’t use but for special occasions. Once back in the living room, the phone rang. Oh, no… It was Tamara. I just had invited two girls to the rodeo show at the same time (I’m amazing, am I?). I shouldn’t have left that invitation in Tamara’s voicemail, a simple “call me back” message would have been wiser. But no, I had to tell her about rodeo. Now what?

The phone was still ringing and ringing. Someone entered into the living room and asked what was happening. I wasn’t sure what to do at that moment. I was anxious. “Jesús is having girls’ problems”, said someone else while smiling, but then added, “hey, not because the phone is ringing you have to answer it. Right?” That made me think for a second… she was right! I didn’t have to answer it. So I left the phone keep ringing.

A few seconds later the answer machine picked the call up. We all stayed quiet to hear. Tamara’s voice could be heard saying something like “Hi, Jesús. Sorry I couldn’t answer before, I was blah… blah… blah… Thank you so much for inviting me to the rodeo, I would love to go with you. Let me know what time and where we will be meeting. Bye” And then… “Again, thank you for inviting me, this is going to be the best day of my life, I always wanted to go to a rodeo since I was a little girl and today my dream will finally come true” well… actually she didn’t say the last sentence, but I felt as if she had said it and I was about to break her heart because I had already made plans with Sarah.

What would I do? Letting Tamara and Sarah go together? Probably not. Jump from the roof of the house so I would break an arm or a leg and cancel both girls? No, because I was going to play basketball the following week. What about buying a third ticket and then sit in the middle of Sarah and Tamara? No. Too awkward. Or what about going with Sarah and Tamara without letting them see each other by sitting with Sarah for a few minutes then disappear to sit with Tamara and then go back with Sarah then Tamara and so on during the whole show? No. Too complicated. I had to think of something more realistic, but whatever it was, I had to be honest.

So after a few minutes of internal conflicts and deliberations, I called Tamara. I told her the whole story, and I apologized for not being able to take her to the rodeo that evening, but instead, I would take her out the following week to the Clark Planetarium and watch an IMAX movie. Tamara was very nice and she understood the situation and accepted my invitation to the planetarium. I felt a big relief, although I didn’t know how I would pay for the planetarium tickets since I didn’t have money, but that’s another story.

A few minutes later, Sarah came and picked me up. I was very happy. We had a good time. At the rodeo we saw motorcycle ramp jumps, then cowboys chasing calves, bull riding games, and other different type of events. Many people were proudly wearing US-flag colors and motifs. I could see many hats and boots, snacks, drinks, and cheerful families everywhere. Popcorn smell and other foods invited the audience to the food stands. Music and commentators’ voices filled the arena. The show had begun and Sarah was great, I enjoyed her company very much and we had fun. 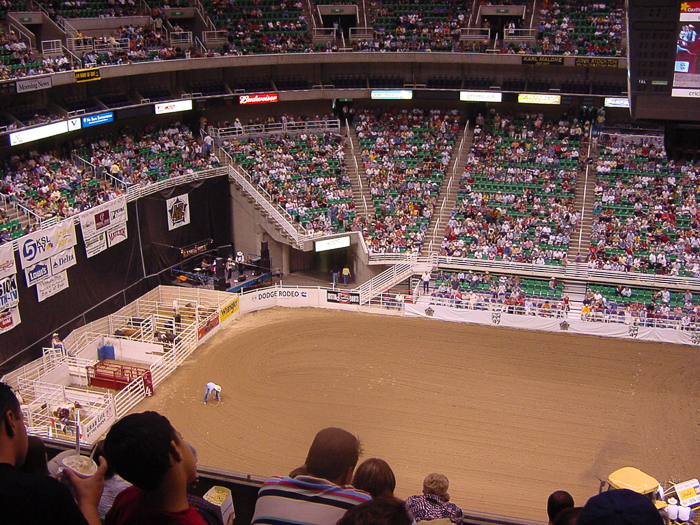 The arena being prepared. 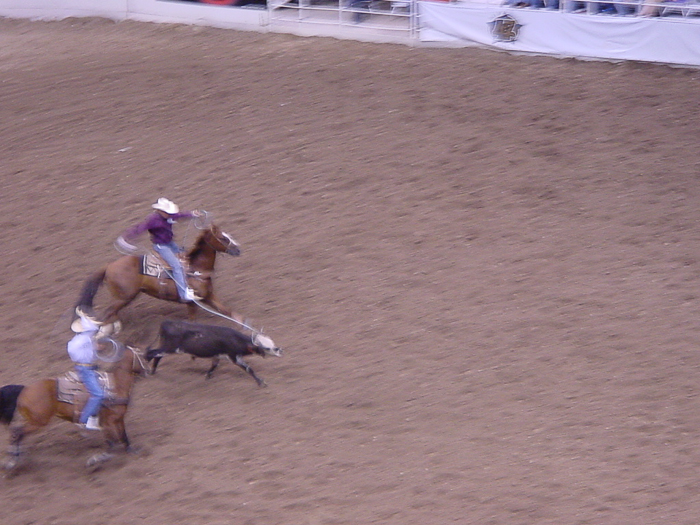 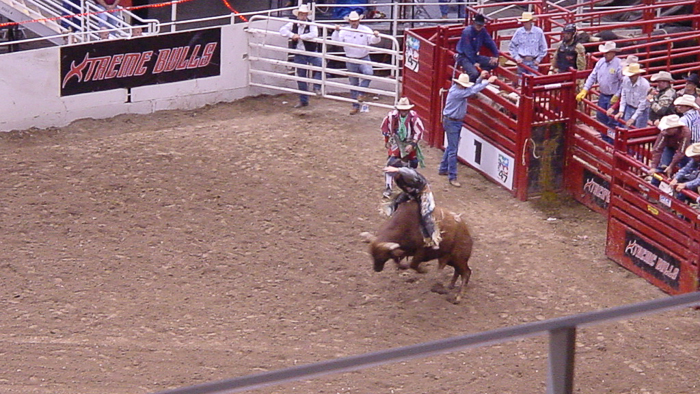 Bull riding at the rodeo in Salt Lake City, Utah, in the United States

I also had a great time the following week when I went with Tamara to the planetarium. There were environment sets of the moon and planets from our solar system, seismic indicators, walls with stars, interesting souvenirs, and several other cool things. We also watched a movie in the IMAX theater, although I don’t even remember what it was. Then we walked around The Gateway shopping mall and took pictures not realizing that time had passed fast. We said goodbye and rode our respective UTA[1] buses back home. After all that, I’ve been trying my best to avoid inviting two or more girls to the same activity at the same time; unless it is a group activity 🙂 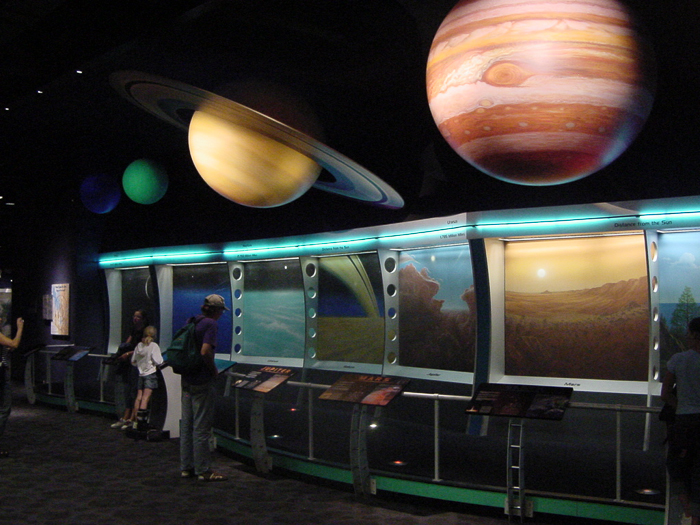 Descriptions of the atmosphere in the planets of our solar system at the Clark Planetarium in Salt Lake City, Utah, in the U.S. 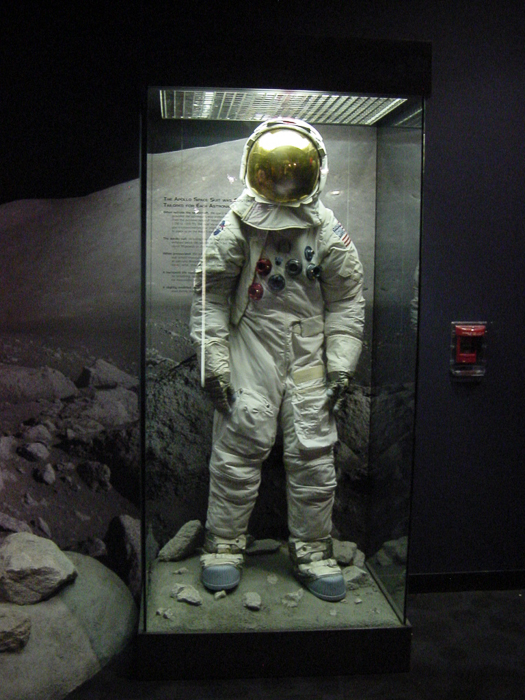 An old astronaut suit at the Clark Planetarium in Salt Lake City, Utah, in the U.S. 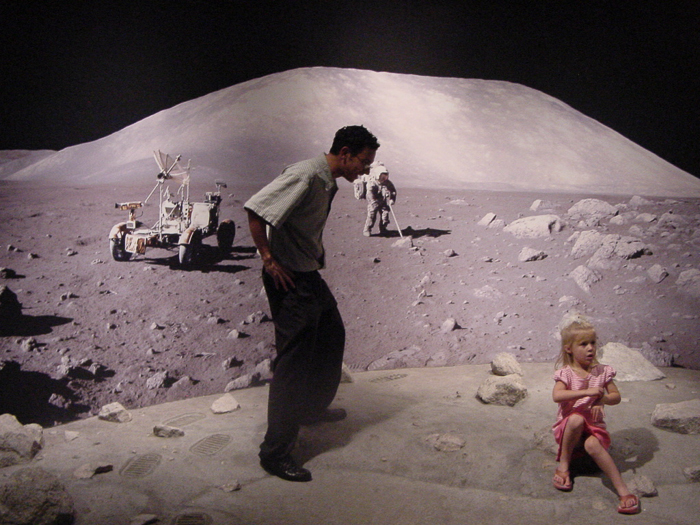 I found a little girl on the moon. A stage depicting the moon’s surroundings at the Clark Planetarium in Salt Lake City, Utah, in the U.S.

You may also want to read: 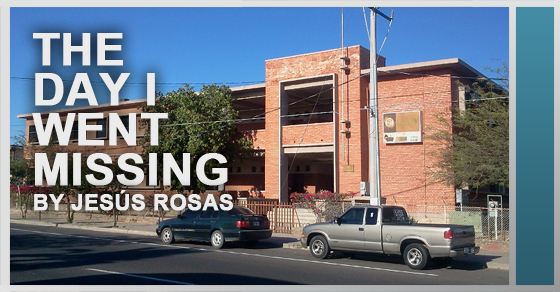 1. UTA stands for Utah Transit Authority, which is the provider of buses and light rail and other public transportation in many places in Utah, in the United States.

All the pictures on this post I took them with an old digital point-and-shoot camera. Sorry about the poor quality. I was also pretty far from the subjects at the rodeo.