Fewer LDS Schools and Mexico in the Vanguard of Missionary Work 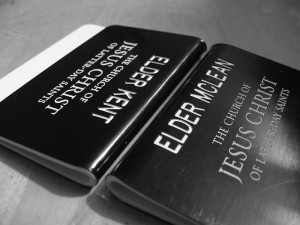 The Church of Jesus Christ of Latter-day Saints, also known as the LDS or Mormon Church, will convert Benemerito de las Americas, a high school it’s been operating since 1964 in Mexico City, in a MTC (Missionary Training Center). The announcement was given during a school devotional on Tuesday, January 29, 2013 (1).

Benemerito has been significant for many of the LDS people in Mexico. It represents about fifty years (forty-eight to be precise) of an education in Mexico that has affected the lives of many families, whether as students, as teachers, as supervisors or else. Certainly it is not BYU (Brigham Young University), nonetheless Benemerito would be the nearest comparable entity in Mexico to produce not just a subculture of identity and tradition but the basis of higher values and principles in the lifestyle of those who studied, worked, or lived there. In 1999 the school reported that 55% of the alumni served a mission, 75% stayed active in the Church and about 80% attended university (2). For thousands of families, Benemerito has been a family tradition; for others the gathering point and linkage between members of the Church from different parts of the country. It was also a taste of what it is to live in a full LDS environment, something hardly found in Mexico. The entire experience was a turning point in my life.

The number of schools operated by the Church keeps falling. In 1970 the Church owned seventy-five schools from elementary to high school. They were scattered in Bolivia, Chile, Fiji, Mexico, New Zealand, Peru, Samoa, American Samoa, Tahiti, and Tonga. In 1986 there were only 30 and the number kept falling (3). In 2009 the Church closed the Church College of New Zealand (4) and now without Benemerito there will be left just eleven small LDS schools. These are Juarez Academy in Chihuahua, Mexico (5) and ten more scattered throughout the Pacific islands: two schools in Fiji (6), one in Kiribati (7), three in Samoa (8), and at least seven in Tonga (9). There are also four higher education institutions, but they all are only in the US: BYU Provo, BYU Hawaii, BYU Idaho,  and LDS Business College.

The Announcement of Benemerito’s Closure

The devotional in which the announcement was given was held at Benemerito’s campus. Elder Russell M. Nelson and Elder Jeffrey R. Holland of the Quorum of the Twelve, Elder Daniel L. Johnson, president of the Mexico Area, and other local leaders participated in the meeting. Elder Johnson gave the announcement in Spanish after explaining how the number of missionary applications has increased. He stated that the number of missionaries entering the MTC has been a blessing, but also a challenge in terms of logistics and since the MTC in Provo cannot accommodate such numbers and it is impossible for the Church to build new facilities in such a speed to fulfill the current increase, the First Presidency and Quorum of the Twelve determined to turn Benemerito into a MTC.

He added that “it will serve missionaries of other countries, including the US and Canada, called to serve in Latin America; it will also serve missionaries called from Mexico to serve in Mexico… the current academic year will continue and it will be the last one the school will offer. […] The planned graduation in June of this year will be held; however, not only 12th grade students will graduate but also Benemerito de las Americas will graduate itself […] from high school to a Missionary Training Center beginning July this year. (10)

[Related Post: From the Dust, the Book of Mormon Comic and an Interview to the Author]

“Tears are the price we pay for love in the world. The only thing worst, kids, than you are crying tonight would be not to cry. Because you love this place. You love what it means to you. You love what you’ve felt here, and it is perfectly appropriate for you to cry. The scriptures even say that in a funeral that is perfectly acceptable. It is encouraged to cry because it represents our love, and our gratitude, and our appreciation for another person or another blessing. So thank you. Thank you for the honesty of your heart.”

“We need an MTC immediately, we need it now. And if we started to build one tomorrow it would take us three years and millions of dollars and what do we do in the meantime? I believe God knew this day would come the day we broke ground for this school. And what a compliment to Mexico. There is literally, and I reflect the conversations that Elder Nelson and I’ve had with the First Presidency and Quorum of the Twelve and all the brethren, there is not another place on this planet, nowhere, there is nowhere we could go to do this, except Mexico City. What a tribute! What a compliment to you to be in the absolute vanguard of this work and be the only place God and his leaders could turn to further this work. I can’t scarcely pay you a higher compliment than that.

“There are about 2,000 students in Benemerito in three classes, 10th, 11th, and 12th, right? So, about a third of those would graduate each year. Seven hundred? Six hundred? Now that’s 600 in a year. Beginning July 1st, we will have 1,500 missionary in a sense graduating every month, actually maybe a little more, but that’s easy math. Six hundred a year versus 1,500 a month for ten months out of the year, we’ll allow Christmas holidays and a few week experiences. So that’s how many? […] 15,000? 15,000 a year. Now what if each of those missionaries going out that year brings 20 people into the Church in a year? […] That’s 30,000 added to the 15,000 missionaries. Modestly, conservatively, 45,000 people blessed because 600 said, ‘take my place’. This is a dramatic moment in Church history you have lived to see your role in one of the most historic moments in the Church and that it involves those kinds of numbers. Six, or seven hundred or five hundred of us will step aside each year to potentially bless fifty thousand people in the same time. I love you and I honor you for that. (11)

“This hallowed ground where we sit tonight will become more sacred with each passing year, better, higher; and holier purposes will be served in the future more than they’ve ever been before… This sacred place will help the country of Mexico to become all that God intends it to become. With that sanctification it will be a blessing to the entire world.(12)

No doubt the promises in these words are significant. Elder Holland’s numbers give a wider perspective of what it will come. Mexico will have the Church’s largest Missionary Training Center and will become the host country to thousands of missionaries from different parts of the world. Such statements are not a small thing. With such flow of missionaries, it wouldn’t be surprising if a second temple in Mexico City were built in this new MTC. It is a possibility that couldn’t be dismissed. Frequent trips from this future MTC to the current Mexico City temple wouldn’t be practical and completely safe. This would also depend on the future temple work flow once the new missionaries begin to visit the current temple. However, there is nothing official on this regard, except the following words from Elder Nelson: “This hallowed ground where we sit tonight will become more sacred with each passing year, better, higher; and holier purposes will be served in the future more than they’ve ever been before…” Nobody knows exactly what will happen with details except the One who leads this great work.

If you would like to receive an automated notification with new posts of this blog, enter your email address next to the title of this post at the right top. You will receive an email to confirm your subscription. If you don’t receive anything, look in your spam folder. If you liked this post, click on the “Like” button and/or share it.