Last summer a friend of mine told me about a red beach in Panjin in Liaoning Province located in the northeast of China. I took a look at this place looking for pictures and I found dozens of them. The pictures I saw depicted a river meandering through vivid red lush foliage and made me wanted to see it in real life.  A few weeks later, on October 5, 2012, I made it there.  I should say that the pictures I saw online looked a lot better than in real life. Although the vegetation was indeed red and compelling, it wasn’t as red as I found it on the web (possibly because of the time of the year I went). I would say that some of the pictures I saw online were taken in remote areas closed to the public, some may have been taken during better light and weather conditions while some of the best shots were aerial pictures. And you cannot deny that there are also those that have been digitally manipulated. Either way, what I saw in real life was still fascinating and made my trip worth it. 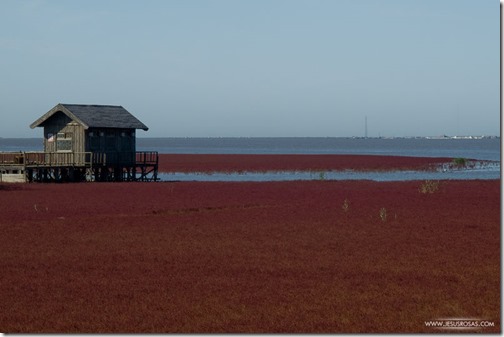 I later learned that the Red Beach (or Red Seabeach) is a large nature reserve that only a small part of it is open to the public. The Red Beach Scenery Zone, which is the open area to tourists, offers a small glimpse of this unique wetland and reed marsh. My visit was brief, but it was great. 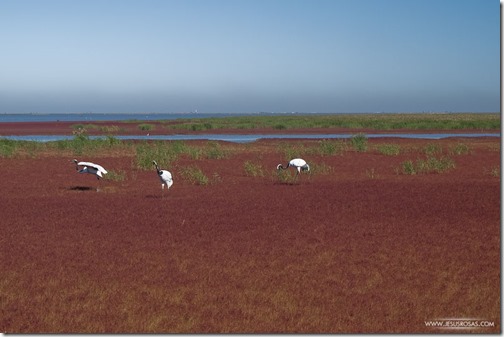 The information I have found so far says that there are more than 253 types of birds[1] and more than 300 types of other animals[2]. Among the birds the Red Beach is the home of,  storks, swans, ducks, gulls and a rare bird, the red-crowned crane or Manchurian crane, which migrates here during the spring and summer. In the picture above you can see some replicas of the red-crowned crane. 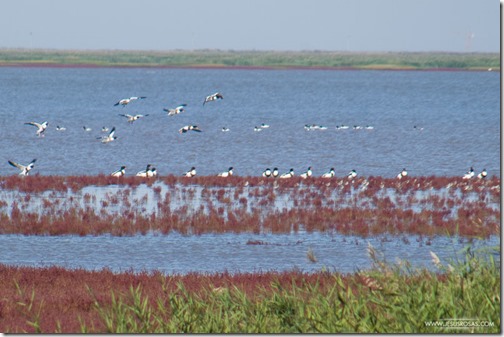 I’m only posting the picture above to show that there are actually birds in the landscape, many of them. Unfortunately I wasn’t able to see them close enough. My camera lenses in my trip were not that great for distant shots. I probably noticed about five or six different types of birds. 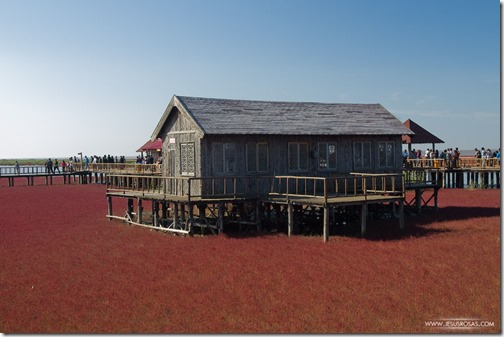 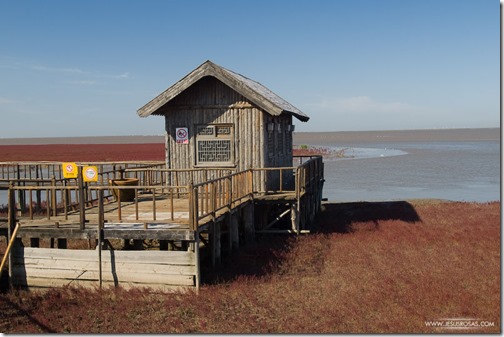 The Red Beach section that is open to the public has some walking platforms to avoid stepping on the vegetation. These raised wooden decks lead tourists around the the field from some small wooden huts in some intersections to another. 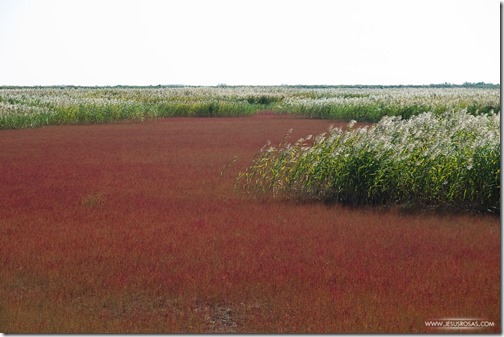 The red grass that covers the marsh is called suaeda. This type of grass is one of the few that can grow in highly alkaline soils. Contrary to what some people have written online about the Red Beach, this grass begins to take its red color in April and taking a deeper tone of red as the time goes. A local resident told me that the best time to see the Red Beach is in july. For this reason, I will have to come back. 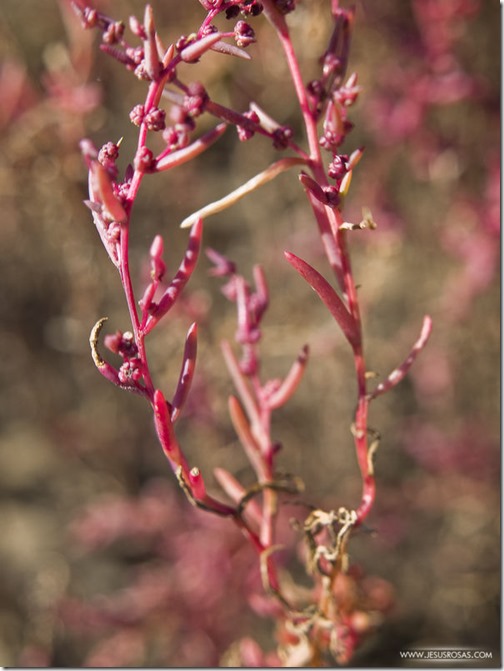 In the picture above you can see a closeup of the suaeda. Millions of red sprouts emerging from the soil like this is what covers the landscape. 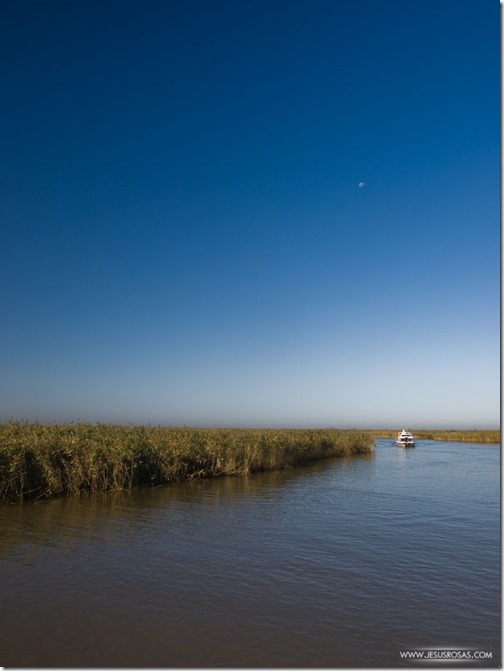