Mount Lao, The Most Visited Mountain in East Coast of China

Laoshan Mountain or Mount Lao (Shan means mountain) is a the most visited mountain in the east coast of China. Its rocks are shaped by ancient glaciers and it is one of the places that gave birth to Taoism. On the road up to the entrance of the mountain you can see some sculptures and small religious buildings related to this. Unfortunately because of the time that day, the people who came with me and I couldn’t go and take a closer look, we went right to the top.

The climbing has a road with some rest areas and eight “gates”. These gates represent eight symbols or trigrams used in the Taoist cosmology. The flag of South Korea has four of these trigrams. The meaning of these symbols in each of the gates along the way to the top of the mountain and its upper surroundings are heaven, lake, fire, lightening, wind, water, mountain and earth. I must say that the gates were not always necessarily gates but some of them were just passageways through rocks in which the trigram was engraved and painted; and one of the gates was a pagoda with a small store and a roofed area. Nevertheless the hike was a pleasant experience and the view was majestic.

At the top of the mountain was a military base, which obviously tourists cannot take a look inside, but right below there is a viewpoint with some walking areas and a small pagoda. This is a perfect place to greet the sun in the morning or give a farewell in the afternoon. 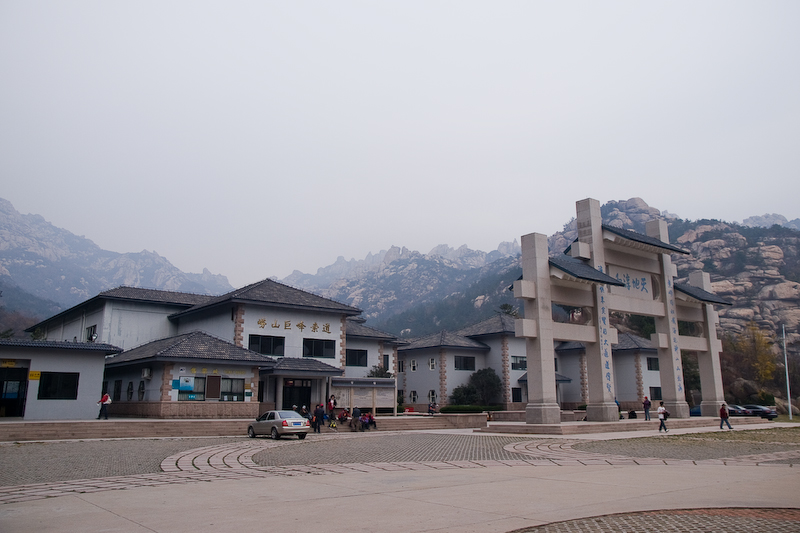 The main entrance to Mount Laoshan. 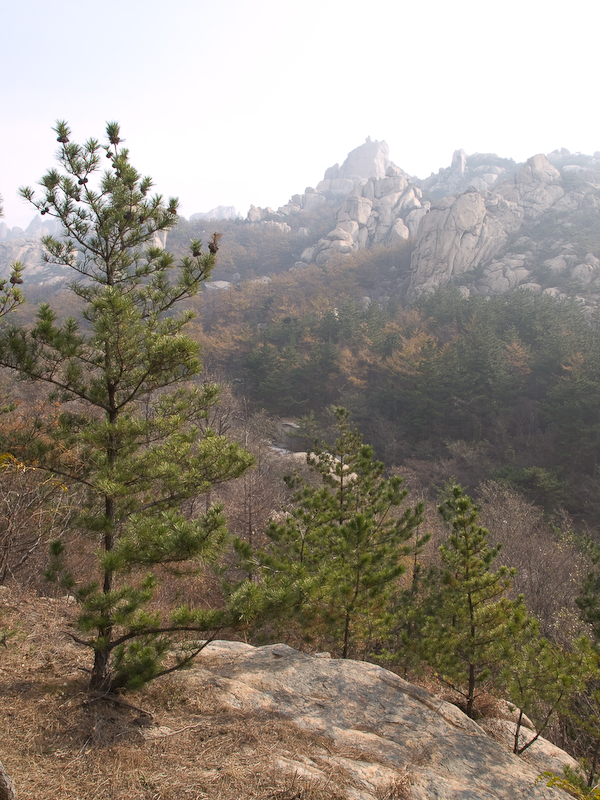 This is one of the views on our way up. A visit during the Summer would have been better. This was late November. 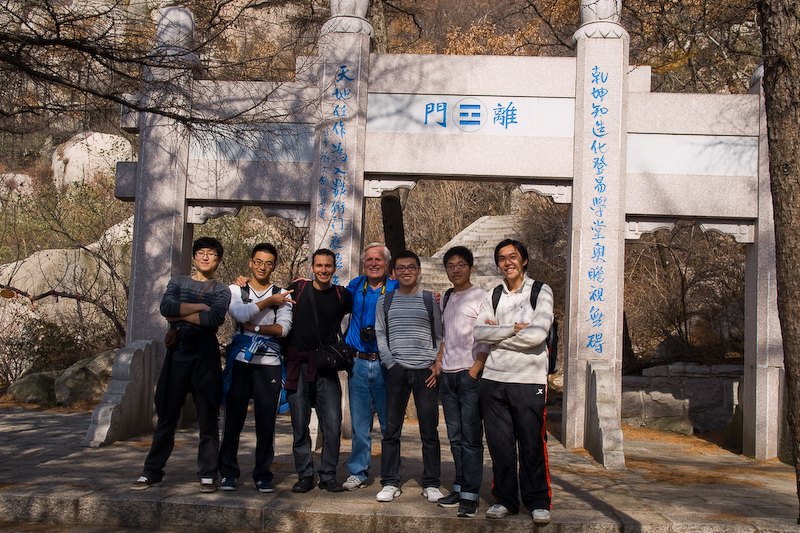 One of the eight gates. 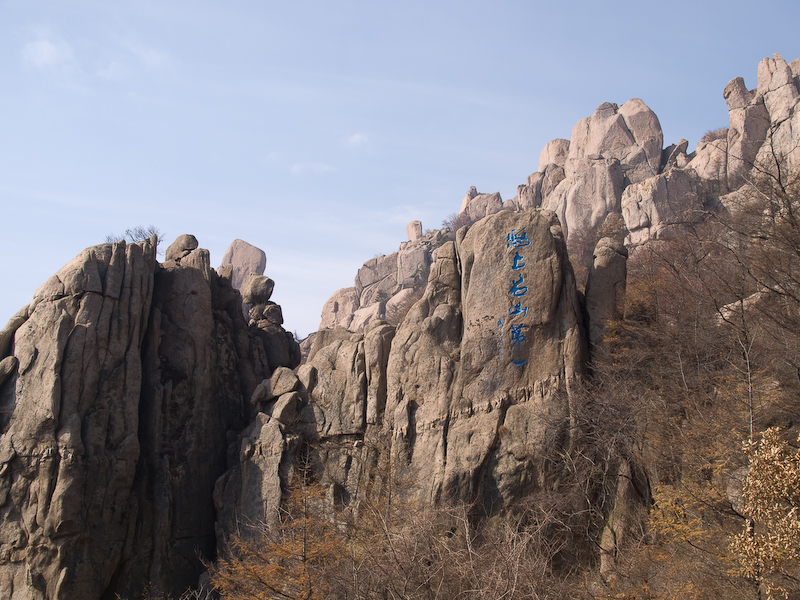 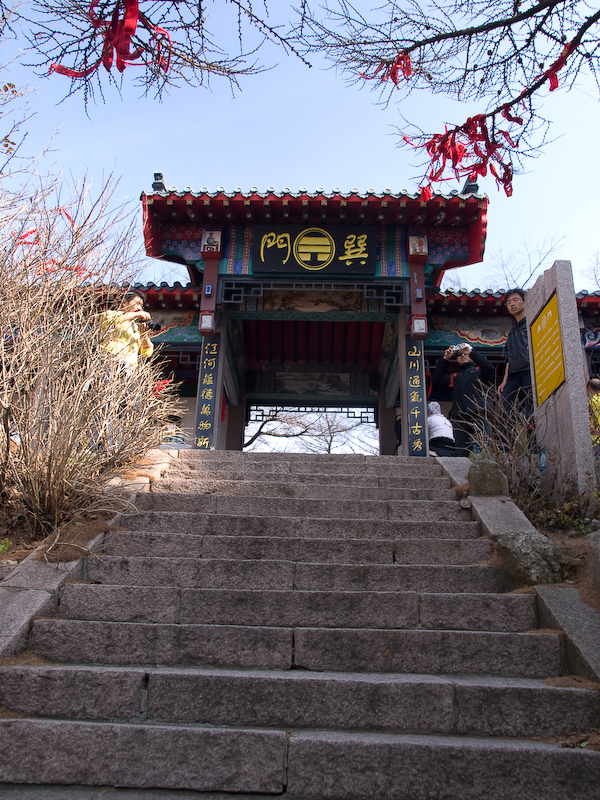 This is another one of the eight gates 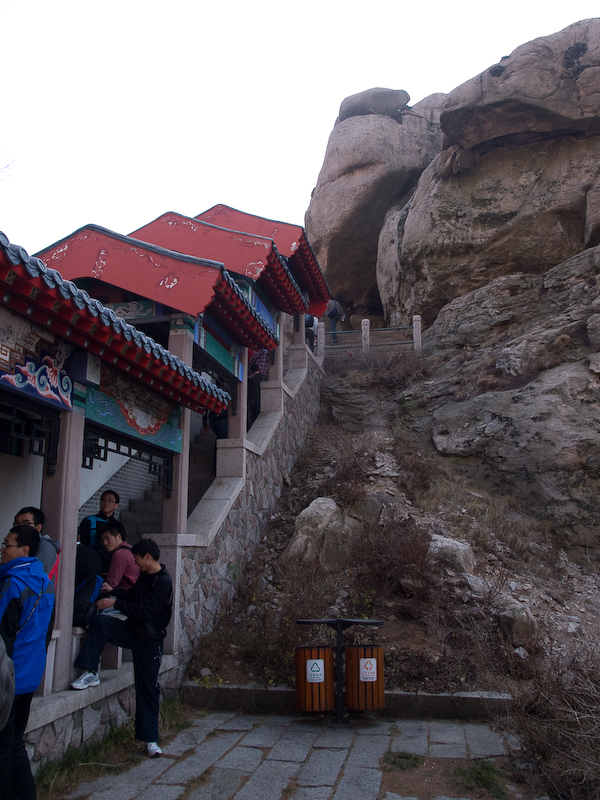 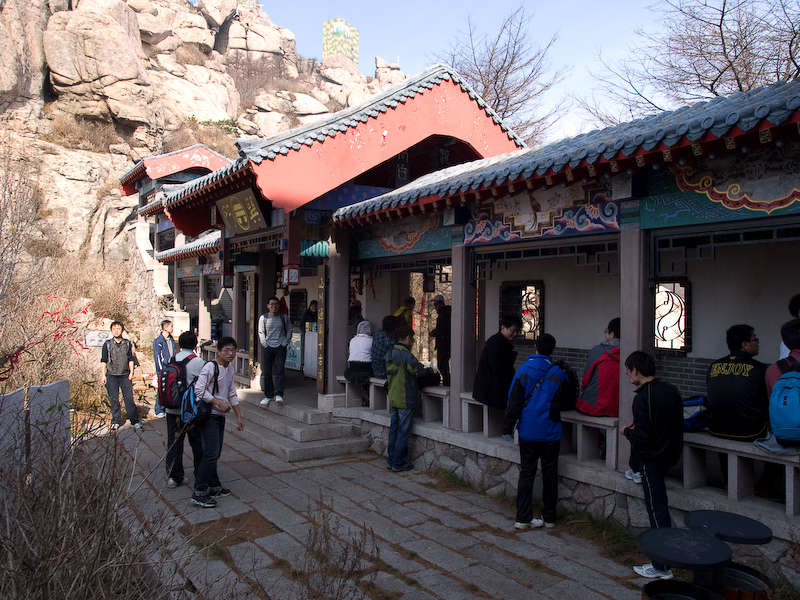 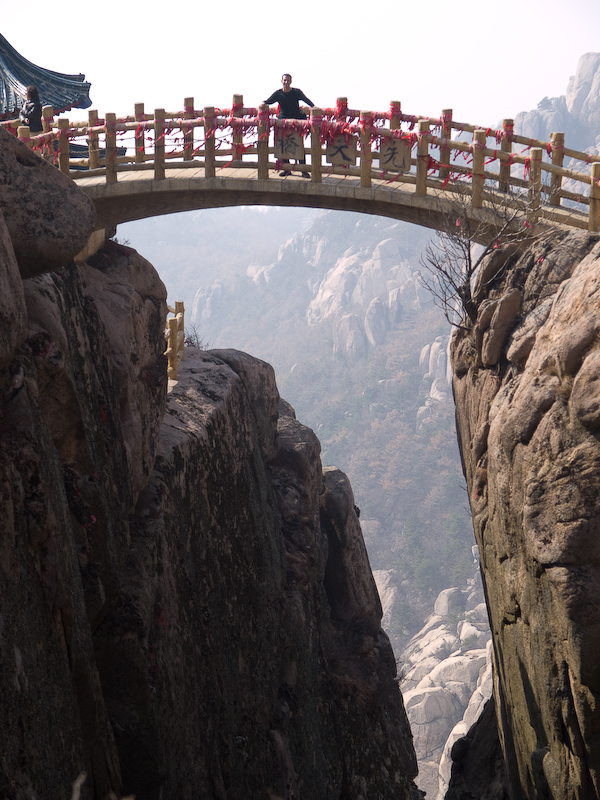 Here I am in a wooden bridge. 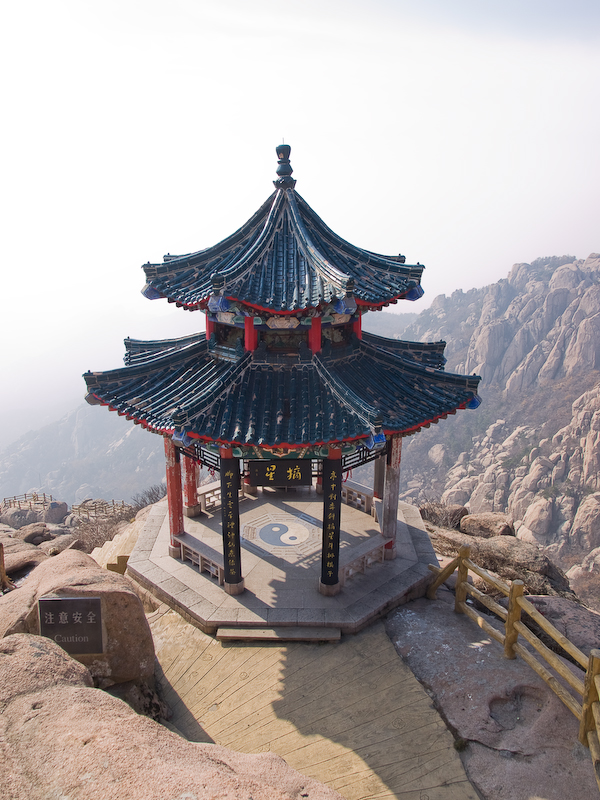 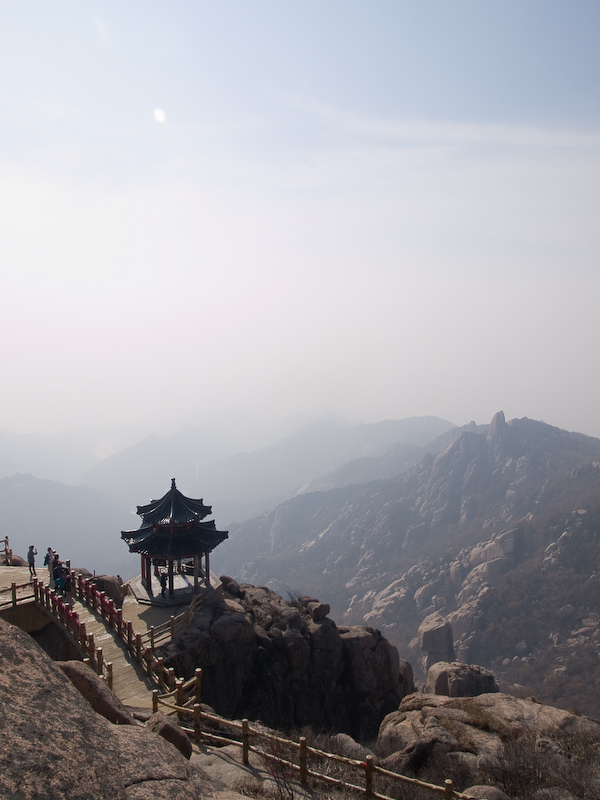 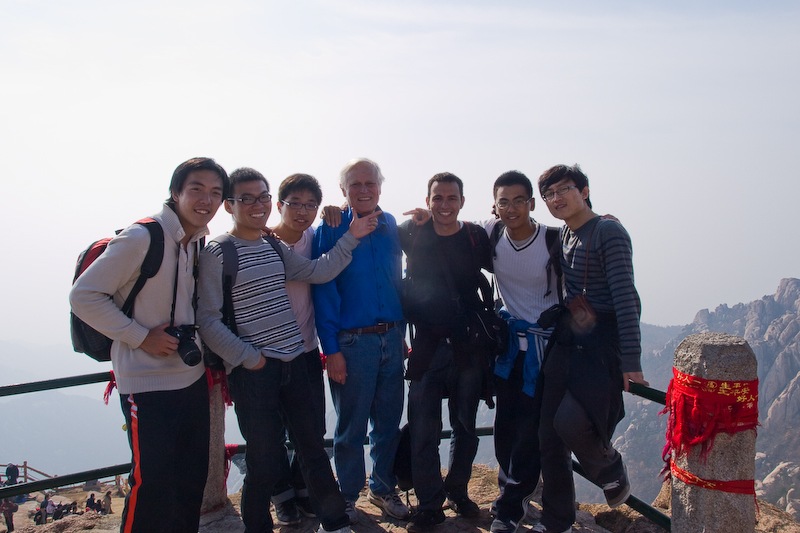 At the top of Mount Laoshan 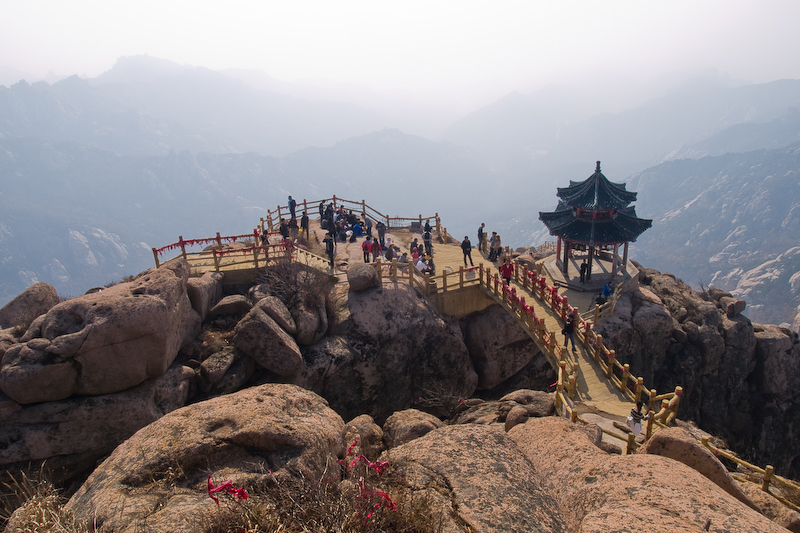 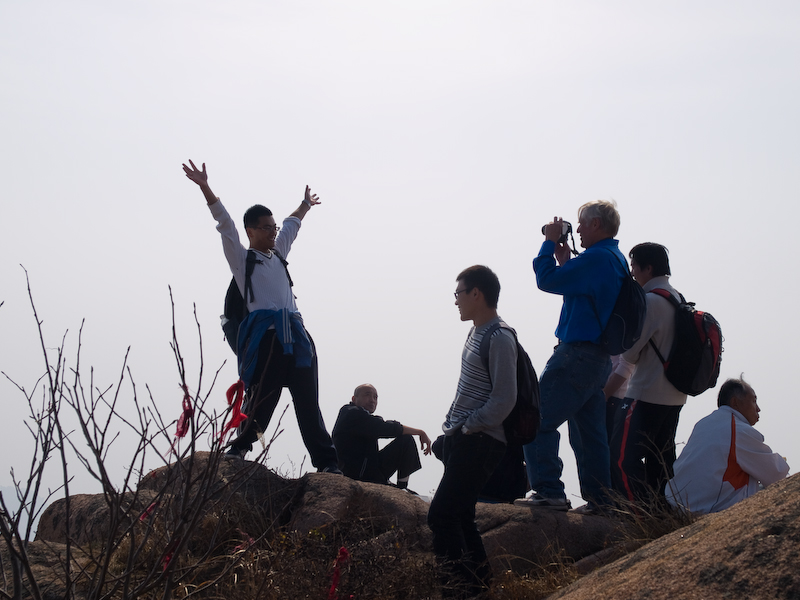 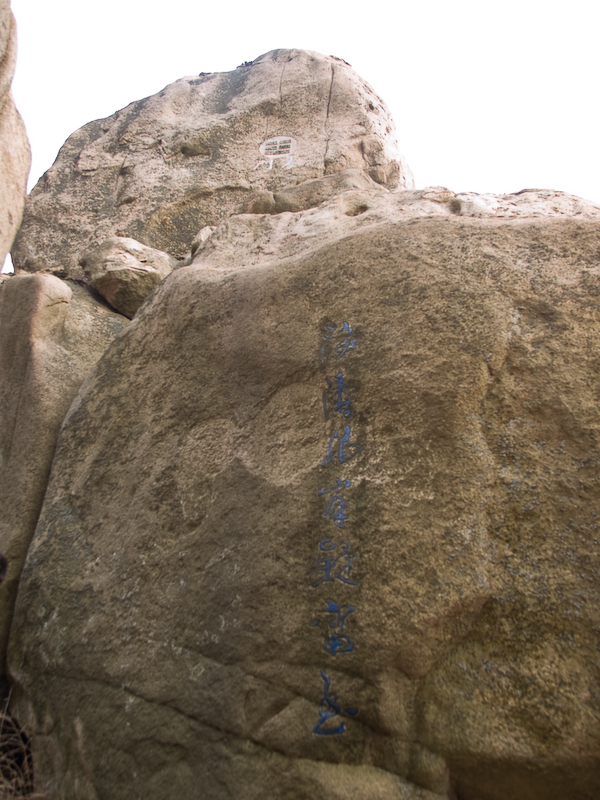 This is one of the gates that was mostly an inscription on rock. The gate was in fact a passageway next to this rock formations. 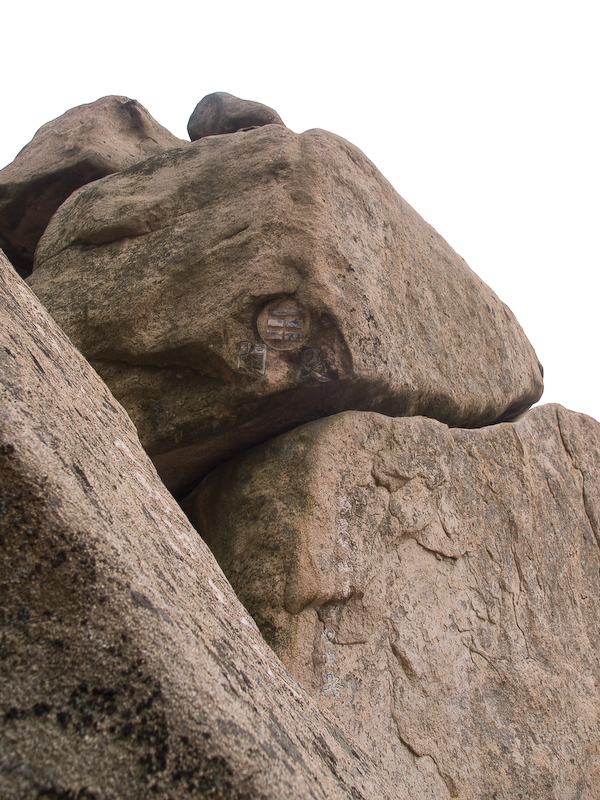 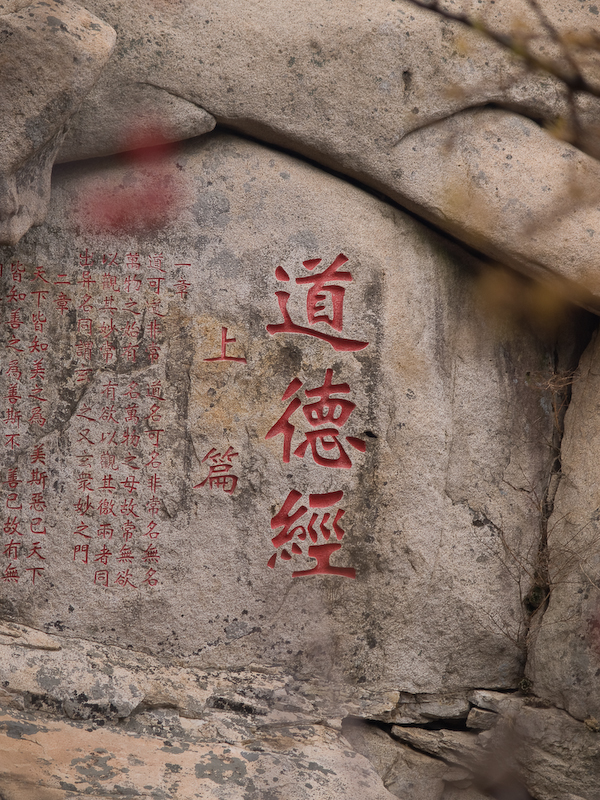 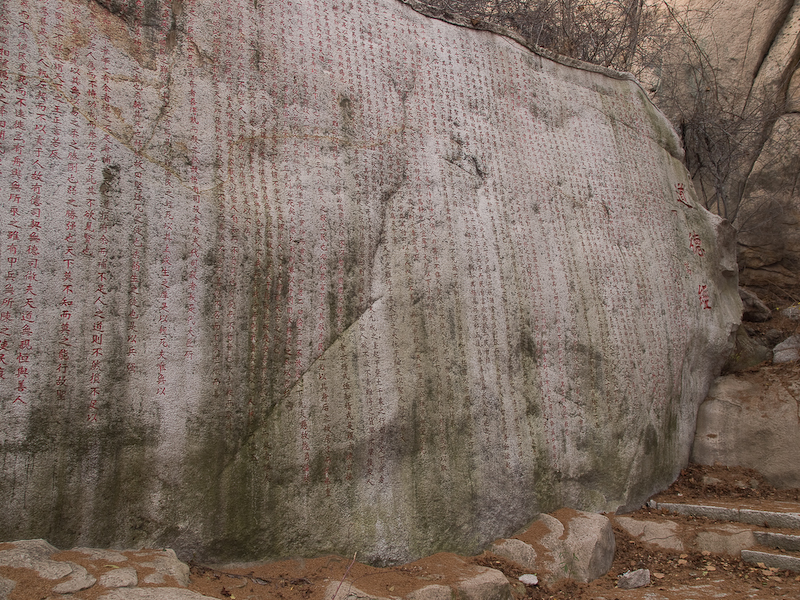 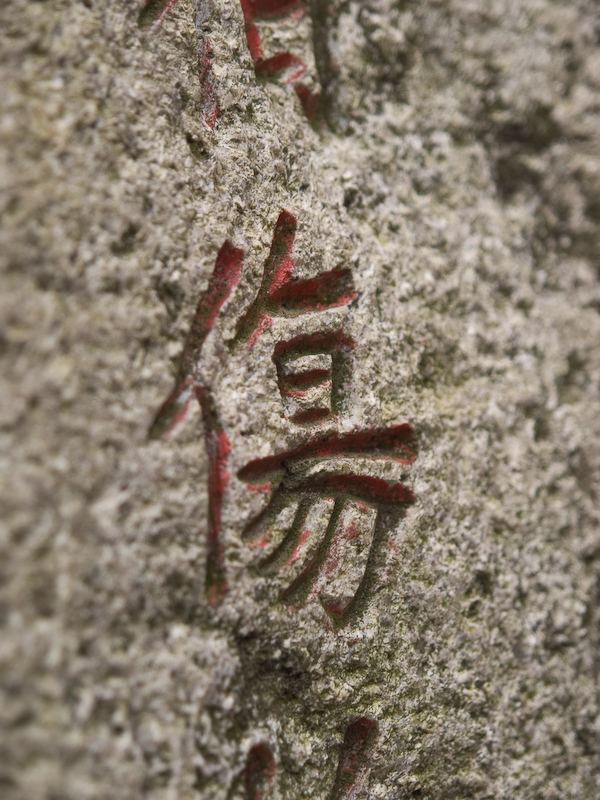 I was told this symbol means mother, but I haven’t been able to confirm it. 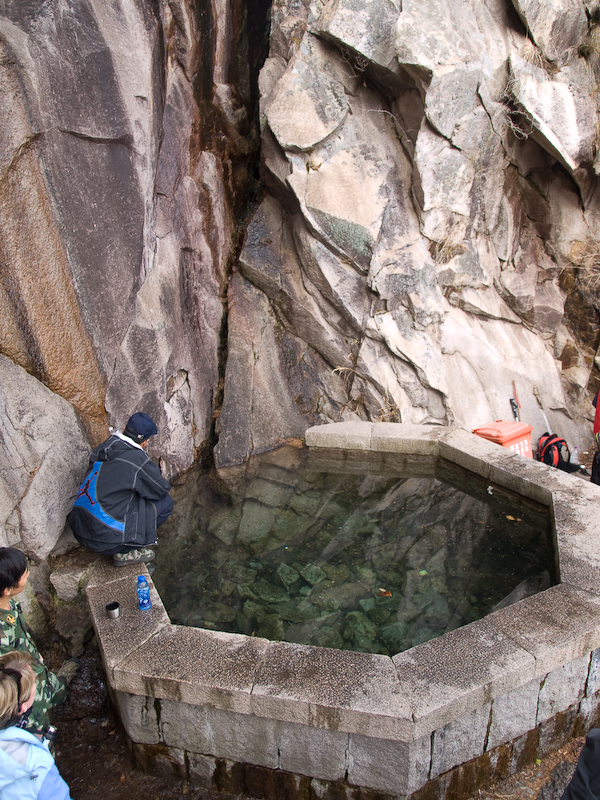 Can you notice how clean and clear the water was? People get water from the spring coming down through the rocks and drink it. I was not able to try it this time because there were many tourists waiting. 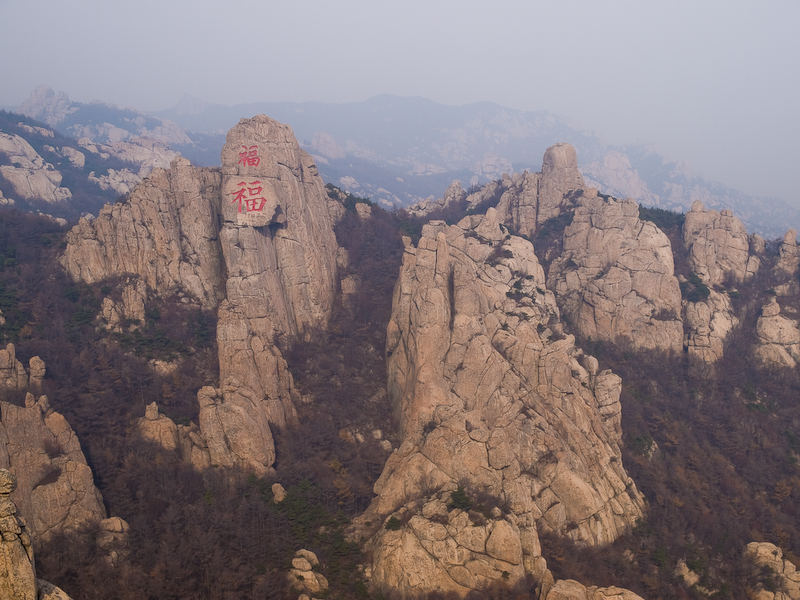 More inscriptions on the rocks. 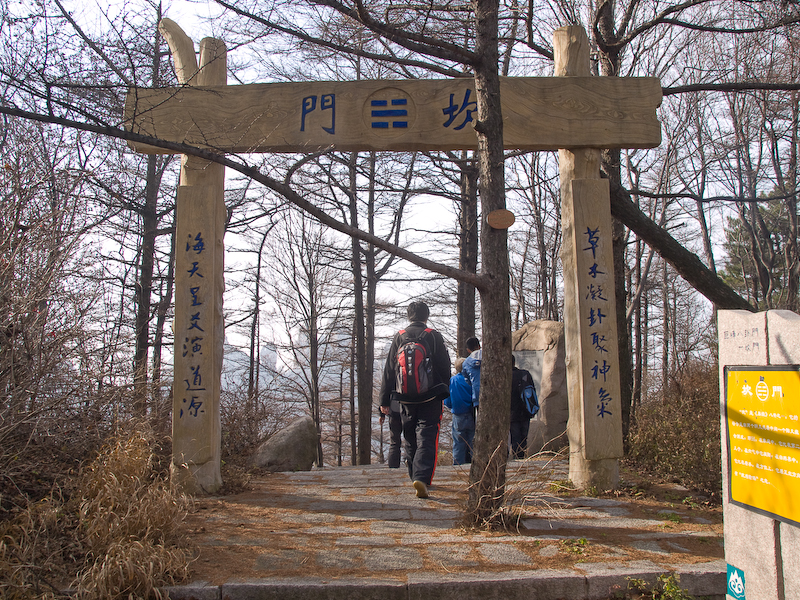 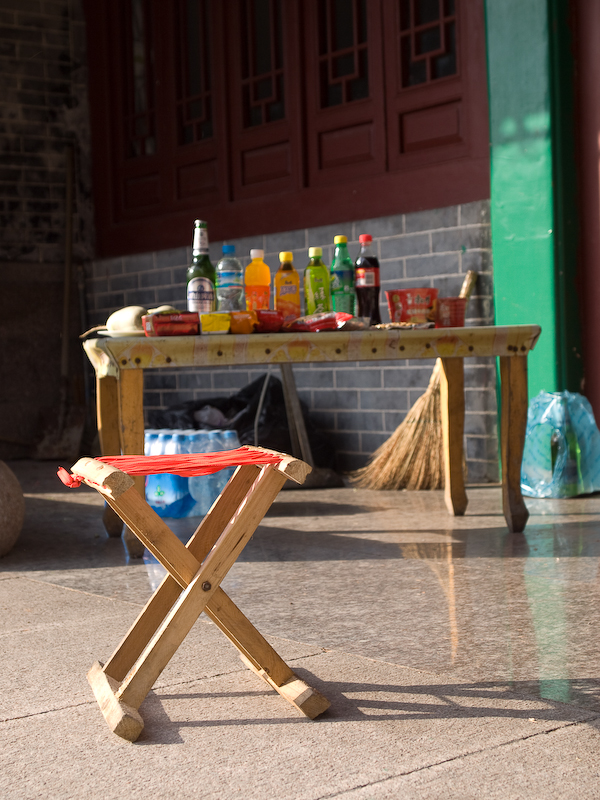 A small store on the top. 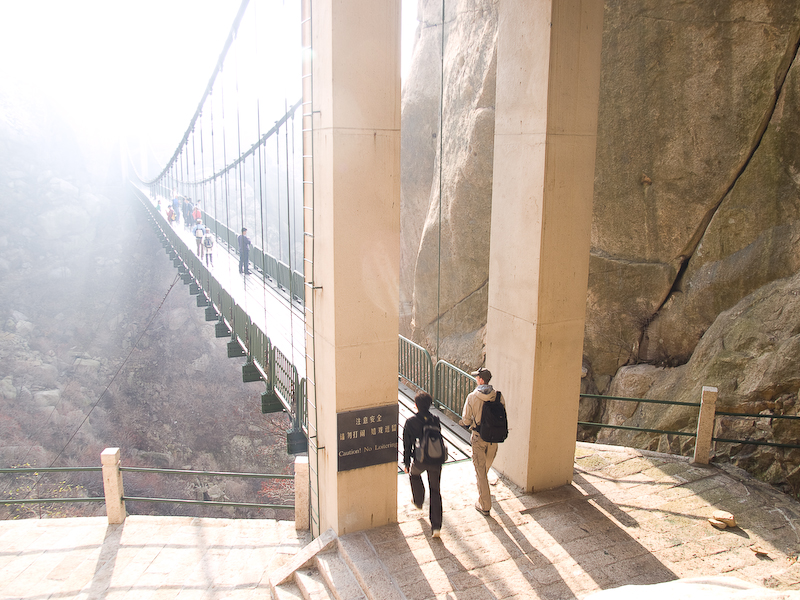 After one of the gates you get to this bridge. 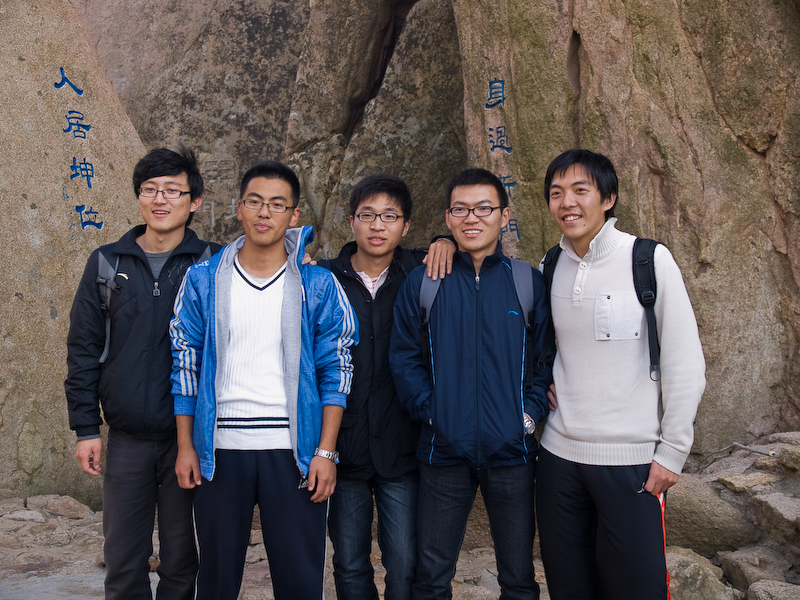 Friends from Ocean University in Qingdao who came with me