Known as the Gate of Heavenly Peace or the Tian’anmen, this monument is the main political icon of the country. Here it is where the People’s Republic of China was officially declared. The Chinese coat of arms depicts this same monument. The hung painting on the top of the entrance is a portrait of Mao Zedong, who officially declared the establishment of the People’s Republic of China. He also was the political and philosophic leader of the country and the Communist Party.

I was in a short trip through Beijing and I had a moment to take a couple of pictures. Here I share just two I took during the night when there were no people. 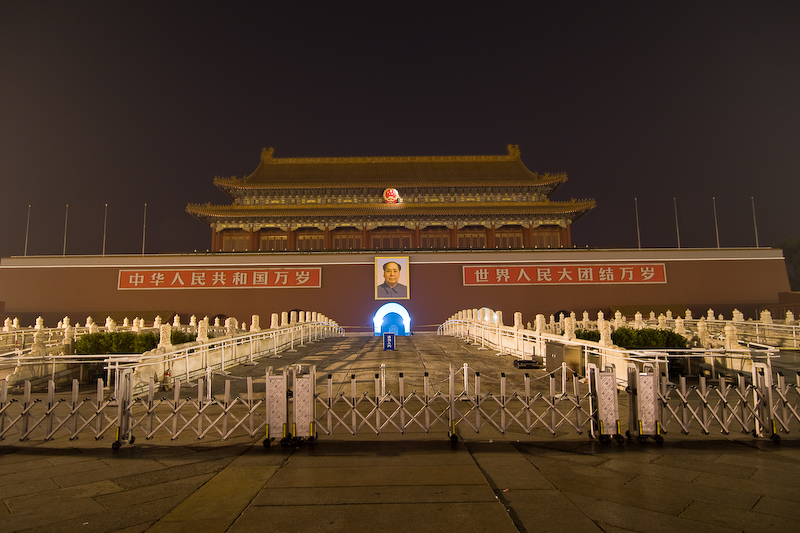 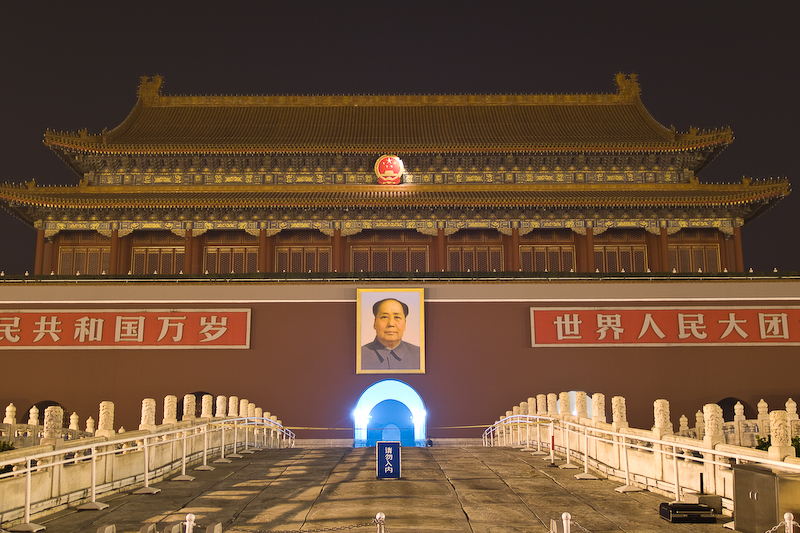