The Ideal life of a Chinese man

During a tour through the streets of Qingdao, China, in a comfortable van with twelve passengers on a sunny Saturday, our tour guide quoted a famous Chinese writer who said something like this:

“The ideal life of a Chinese man is having a US home, a Chinese cook, a Japanese wife, a French lover, an English salary, an Indian houseboy and a Philippine maid.”

I’ll share below the interpretation I was given. Despite the humorous flavor in this sentence, it allows somehow to see the mentality of some Chinese men about the ideal life.

I told the tour guide and the rest of the passengers that living in Mexico with a US salary would do it for me.

Explanation: Homes in the US are big.

Personal comment: It is true, in a huge number of cases at least. Many homes in the US have garages and a yard on the front and the back. However, this is not always the case. I found in San Francisco several homes that because of their size, design, and colors they seemed to be made for a small thematic park.

Personal Comment: I have eaten excellent food in some places here in China, but at the same time, I have frequently found myself before some other foods that are quite radical to my palate. Chinese people are very happy with their food and they don’t seem to be looking for new options. At least the province of Shangdong, where I live, there are not very many foreign foods and restaurants, the few exceptions are some foods from other places of China, South Korea, and Japan. There are also a couple of KFCs and some McDonald’s but their menus have been adjusted to their culture.

If you look for pizza, spaghetti, hot dogs, tortillas, granola, cheese, butter, avocados, pineapples, etc. you will see it very hard to find. These things may be unnoticed and nonexistent in the life of most Chinese; at least in the places I have visited so far, I’ll confirm if this is true or not in future trips. 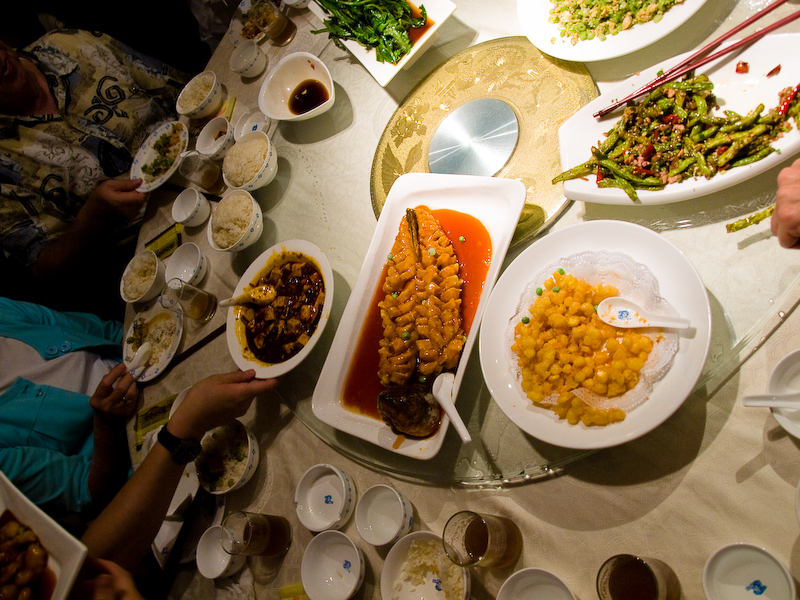 Personal comment: I don’t have any idea. I have never been married and I don’t know any married Japanese woman. I wonder what the real meaning behind the explanation is. Either Japanese women are obedient or Chinese women are disobedient… hmmm… I should add that so far many Chinese women here are more liberal and open minded than what I expected, at least they seem to take a lot more the initiative to the point that they have invited me to go out with them. But the quote is an old one, times change.

It also caught my attention that of all the possible attributes a man could wish for in a woman, obedience is the most valued, at least this is what it looks like in this quote about the “ideal” wife.

Personal comment: Paris is romantic itself. Her streets, lights, bridges, parks and gardens, benches, restaurants, bistros, and almost every spot is good enough to listen some songs, see the Eiffel Tower, have a nice dinner, or hide in a private corner and whisper the most enchanting words and rhetoric in any conceivable language. That was my impression after my trip to Paris in 2009. However, I still believe that a lot of this is just the product of successful worldwide marketing. In my very limited experience with French women, it has been their French pride what has taken over our conversations and interaction more than anything romantic.  I have no doubt that I need to meet more French women, but in my very personal opinion, a romantic person is somehow relative. Any woman may be very romantic in the mind of a particular man. A girl throwing a playful snowball on the face of the man and running after each other until they find themselves laying on the snow could be the most romantic evening in a winter day for some while for others getting in the snow and throwing ice on the face may not be that appealing; exploring each other’s eyes and smiles may be just as good as having French cheese and bread in a Parisian street for an introverted couple.

On the other hand… lover? this seems to be a less conservative idea. What about the moral values? What about fidelity, loyalty, honesty, virtue, trust, devotion, decency, honor, and integrity?

Explanation: UK salaries are high. Especially on these days. The British pound is stronger than the US dollar and the Euro.

Personal comment: Salaries in England are appealing compared to the Chinese salaries. The average British person earns 500 pounds per week (780 USD) or 2000 pounds per month(3,130 USD)  (Source: Wikipedia – Income in the United Kingdom).

Explanation: Those from India are very loyal and committed to their bosses.

Personal comment: I don’t have any idea. I don’t have houseboys and I don’t know many people from India. Most of my encounters with them have been by phone when talking to a company requesting some technical solutions or other customer service matters. Very polite, but hard for me to understand their accent.

Personal comment: They also had this fame in Egypt and Jordan, they were hired there by the privileged social class. The salaries in the Philippines are also very low and can be compared to the ones in China and India.

I couldn’t really find the original quote and the author, but while looking I found another quote by James H. Kabbler III who said something similar “Heaven is an American salary, a Chinese cook, an English house, and a Japanese wife.  Hell is defined as having a Chinese salary, an English cook, a Japanese house, and an American wife”  (Source: rudyh.org). I though that was pretty funny.