Pavilion on the Ocean

About 125 miles (200 km) from Changle, the small county I live in, there is coastal city called Qingdao, which has become one of my top places in the world to live in for longer periods. Qingdao has some German influence in her architecture due to previous occupation (I’ll share pictures of it in the next coming posts). Today the city is changing very rapidly. The coast and some kilometers inland are strongly marked by her growing economy. There are wide and clean streets, high quality transportation, and a lot more to say (and show with pictures) that I’ll share with you later. This post is about a the Huilange Pavilion which is build in the ocean and connected to a 1400 feet pier called the Zhan bridge. Huilange has become an icon of the city and it is possible to see it from many touristic and scenic areas of the city. If you would like to see any of the following pictures enlarged, click on it. 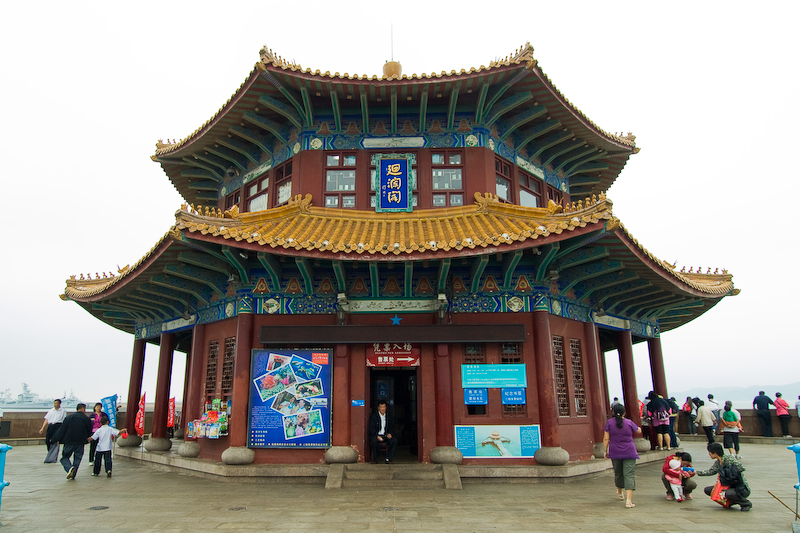 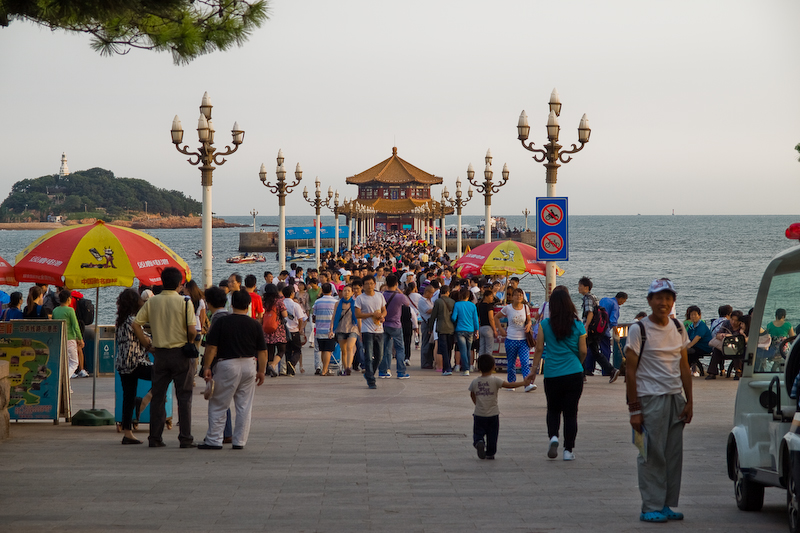 Huilange means “Ripple Diverging Pavilion” (according to this website) 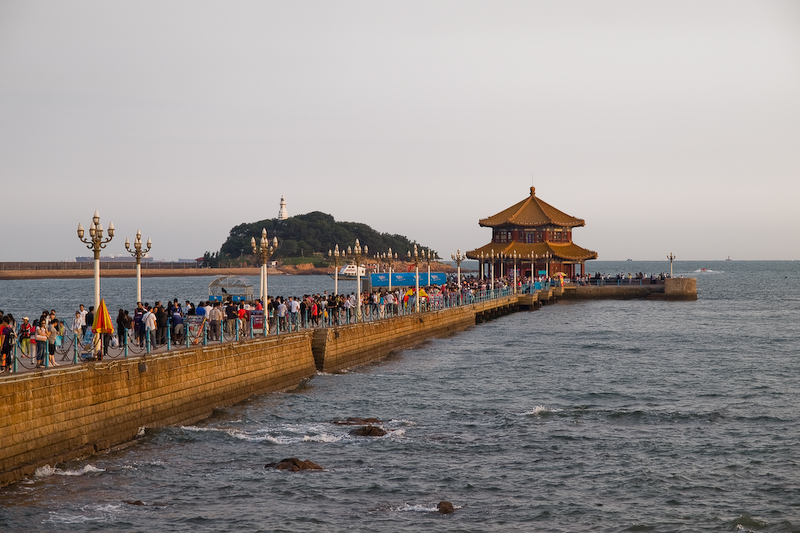 Zhan bridge connects the pavilion with the coast. 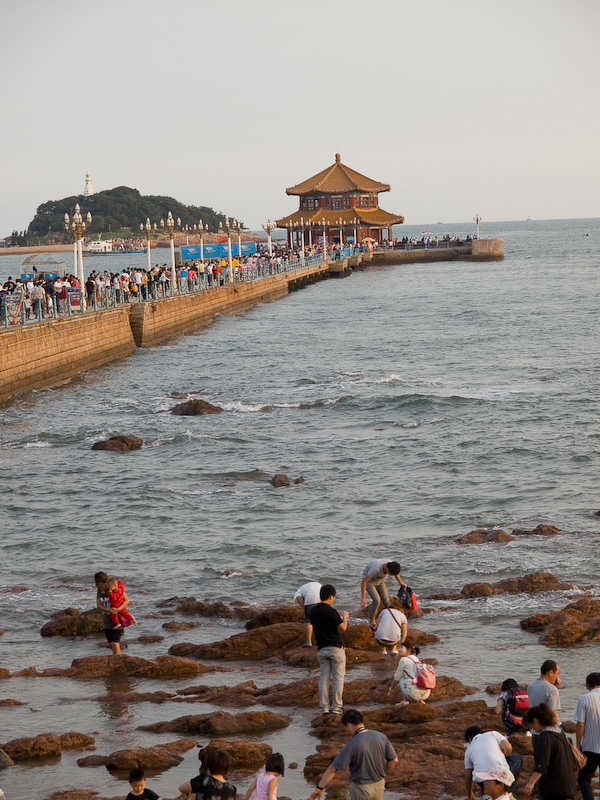 Tourists take advantage of the low tide to take pictures on the rocks below the pier. 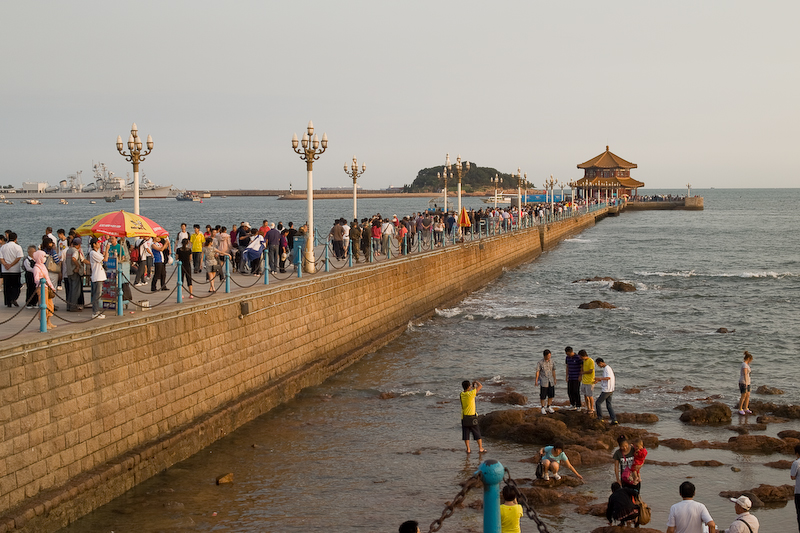 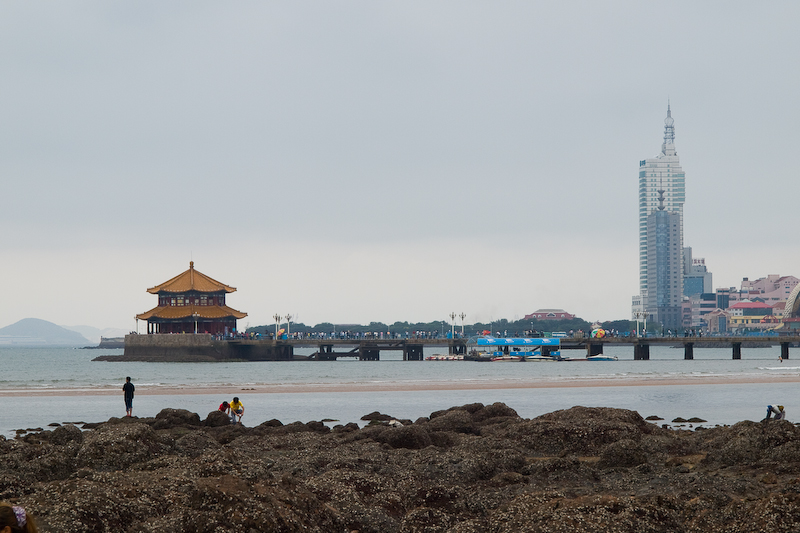 Part of Qingdao in the background 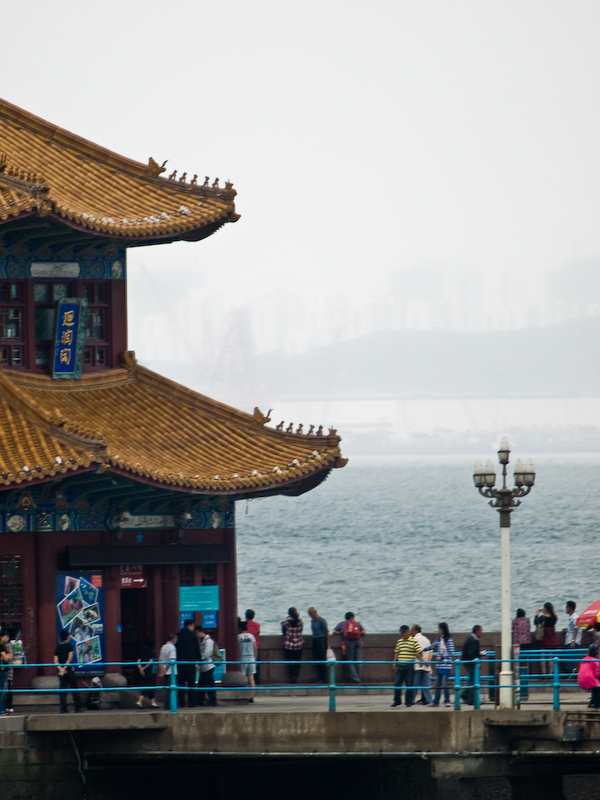 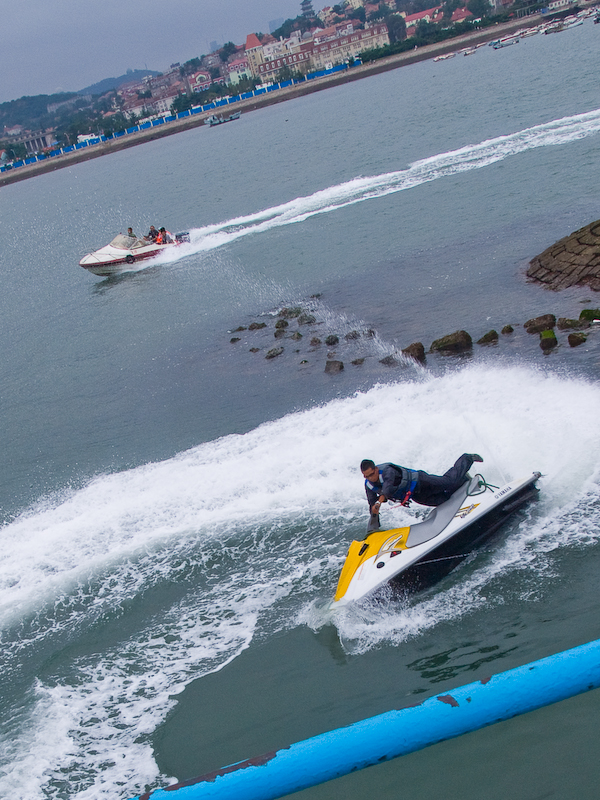 At the east side of the pier people can rent jet skis and hire yacht tours. 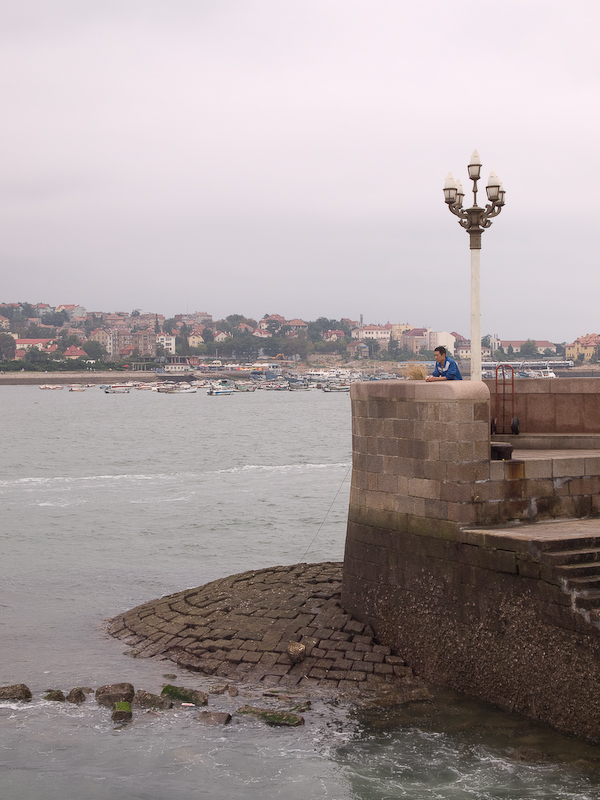 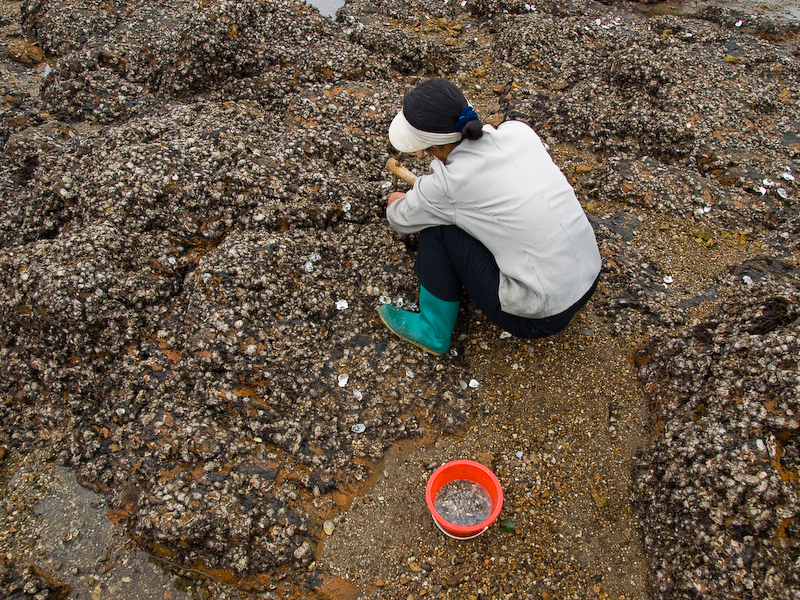 When the tide is low, people descend to the rocks and beach looking for shells, fish, oysters, and other things. 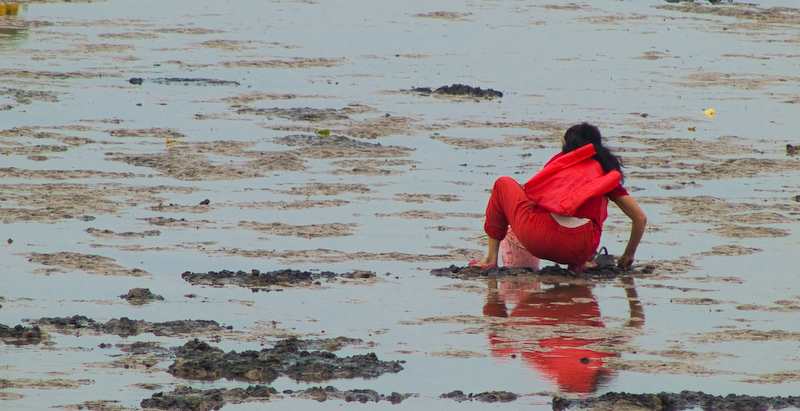 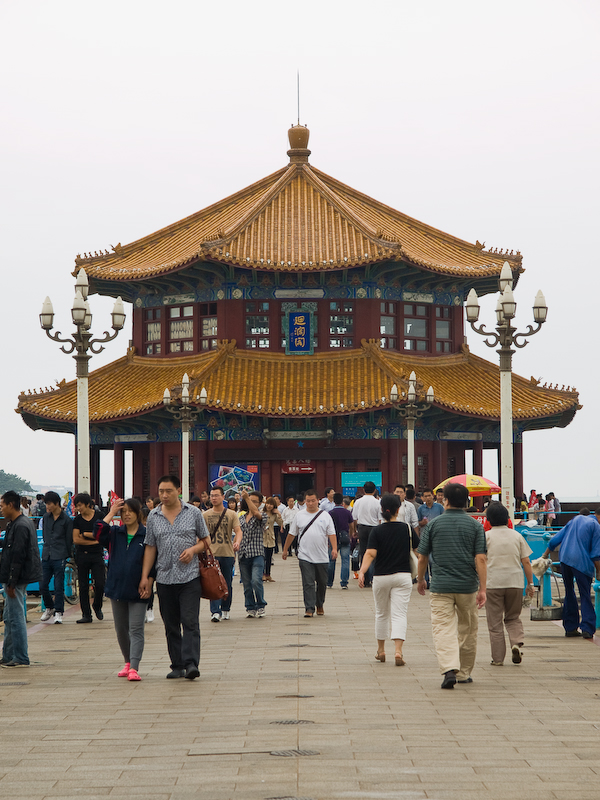 Huilange is one of the icons of Qingdao. 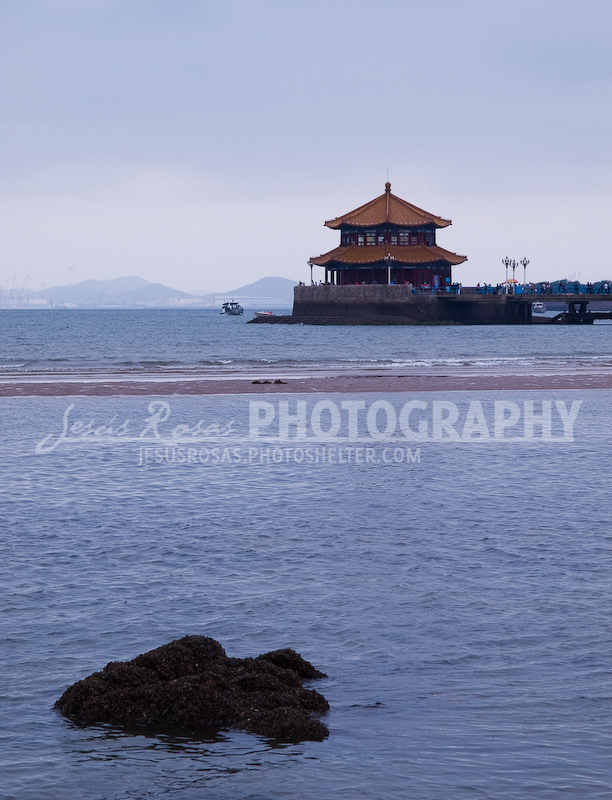 Huilange suggests a time to ponder and meditate, especially during the first hours of the day and when there is almost no people. Another option is looking at it from the rocks when the tide is low and serene. 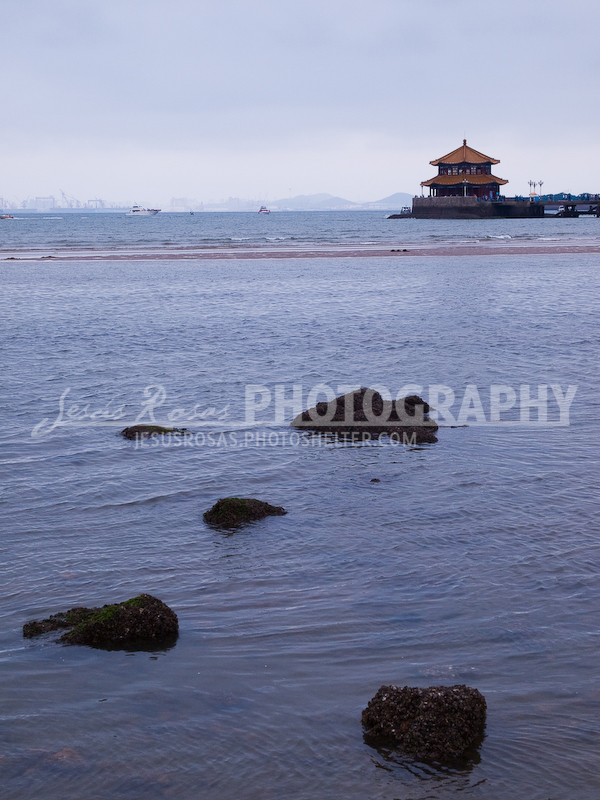 The couple of days I was in Qingdao was too cloudy, that is why I don’t have pictures with radiant blue skies. Also it seems that in other occasions, when there is a strong wind, there are waves that may reach up to 32 feet (10 meters) high hitting the pier, a worthwhile spectacle for the many tourists. Hopefully I’ll be able to see it.

This is just the beginning, there is a lot more about Qingdao. I’ll share more in future posts.  Also if you would like to receive a weekly summary of my posts in this blog, enter your email address in the right menu under “Subscribe to Jesús Rosas’ Blog” title.